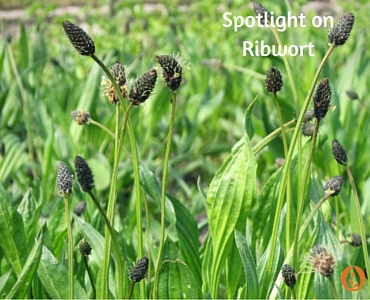 Asti Renaut is a degree-qualified medical herbalist and naturopath with over ten years clinical experience. Asti practices in Christchurch, New Zealand, treating a wide range of health issues. She especially enjoys working with infants and children, and finally has one of her own to practice on! One of the cornerstones of Asti's practice and philosophy is the importance of education and sharing information. She believes that empowering clients to understand their own bodies and health, and giving practical tips and tools to use from the garden and kitchen are just as important for wellness as qualified professional care.

posts by this author

Ribwort (Plantago lanceolata) is a herb you have probably seen many, many days of your life, but perhaps been unaware of. For such an unassuming common ‘weed’, this plant packs a powerful punch in terms of its therapeutic action and medicinal value.

For anyone perplexed by the number of herbs with names ending in ‘wort’, you will be pleased to know that this is simply the old name for ‘herb’. Ribwort gets the first part of its name from the strong ‘ribs’ along its tall narrow leaves. Ribwort is in the Plantain family, and grows widely and abundantly in many countries including New Zealand. It can be found in forests and woodlands, along paths and in paddocks, as well as in vacant lots and pavement cracks in urban areas.

Months after the big 2010/2011 earthquakes in my hometown of Christchurch, I ventured into what used to be the city and was now a patchwork of vacant spaces, rubble, and half-collapsed buildings. As a herbalist, what struck me was the abundance of plant life quietly getting on with growing up between the broken concrete slabs. Hmmm, I thought, here are our quiet heroes! Here are our little healers. The one particular plant I remember most vividly was a strong and proud Ribwort. It was so elegant and structural, reaching skyward when everything human-made around it was crumbling downwards. 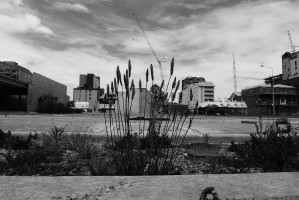 This image stays in my mind when I think what Ribwort is capable of in the body. Primarily herbalists use Ribwort to soothe and heal mucous membranes. By ‘mucous membranes’ we mean the tissues that form surfaces inside our body that produce mucus, such as our sinuses, nasal passages, throat, lungs, digestive tract and urinary tract. These are the surfaces that come into contact with the outside world (food and its breakdown products, pollens, air, water). It is also used topically on the skin. It seems that in the urban wasteland the Ribwort was indeed starting the process of healing up and smoothing over the dusty surfaces and broken edges of things.

Ribwort is a key herb for reducing inflammation, such as that occurring in the sinuses and is used in our Kiwiherb De-Stuff. It also reduces mucus and catarrh and has an antibacterial action. Ribwort is known to be capable of healing tissues and soothing them without causing a drying effect. This is of particular use in the sinuses, where it is important to reduce mucus production without causing uncomfortable dryness. Ribwort is used extensively for chronic sinusitis and nasal congestion in both children and adults. This herb is useful also where the congestion is allergic in nature. Additionally, Ribwort has an anti-spasmodic action and has traditionally been used for coughs.

In the upper respiratory tract (nose, ears, sinuses), Ribwort is useful for:

Because Ribwort is an incredibly safe herb, it can be used by babies and infants with our De-Stuff for Kids, as well as those already on medications.

So when you are next out walking, keep your eyes peeled for a common little weed that may just become your best medicine.