Today most people are familiar with the confectionary Marshmallow but are unaware of it’s botanical namesake. The sap from the root of the Marshmallow plant was originally a vital ingredient in Marshmallow candies until it was replaced by gelatin and starch. Marshmallow root was highly valued as a food and medicine by many cultures including the Ancient Greeks, Romans and Egyptians. The root contains high levels of a slippery substance called mucilage, which makes it particularly suitable for soothing a scratchy throat and easing dry, irritating coughs. 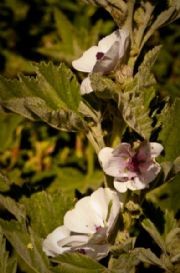